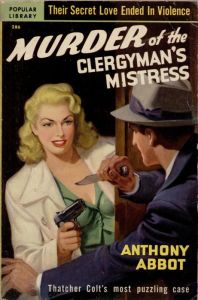 At more than one point in my life, I spent my working days standing behind the counter of a murder mystery bookstore essentially recommending books to people — because I had read so damn many of them. I’ve been an omnivorous and reasonably indiscriminate reader now for decades, helped by a natural talent for speed-reading and a very good memory, and as a result there are very, very few mystery writers whose work has never crossed my path or about whom I don’t have some kind of opinion. I like all kinds of books, and all kinds of mysteries; when it comes right down to it, if it looks like a mystery I’ll usually give it an hour. I frequently get asked to recommend a good mystery and I’m happy to do so; sometimes I’ll recommend an average one, if I think it will appeal to a specific reader for a specific reason. 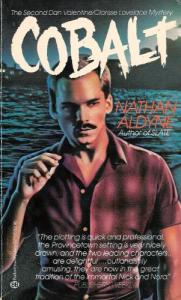 That being said, there’s a certain category of books that finds a place on my shelves and stays there, rather than getting cleared out in a once-a-decade fit of temper. I have met many people who are baffled that I can read a murder mystery more than once; but for me, there’s a certain kind of novel that I believe only reveals its secrets upon a second or third reading. Those are written by the authors whom I will track down everything they ever wrote and keep it, as best I can. And those are the authors whom I’ll recommend.

I decided to do a list of my own, Part 1 of which is below. I’ll try to annotate it for you, to give you a hint of my favourite books or even where to start. This can’t be a comprehensive list; in fact, its secret is that I went through the excellent website that lists mysteries and their authors, Stop, You’re Killing Me!, and skimmed through its 4,600 authors looking for names that struck a chord. I can’t say it’s every author I would ever recommend, and no doubt I will be horribly embarrassed to realize that I have missed one or two essential names. There are one or two names whom others find essential that I cannot recommend because they bore me or annoy me; I have not received much enjoyment from Ruth Rendell, for instance. But for Rendell’s work, I could even recommend one or two titles I’ve enjoyed (From Doon with Death, her first, was a breath of fresh air). The names here are authors for whom, by and large, I’m fairly confident that you will pick up a book of theirs at random and find something to enjoy. 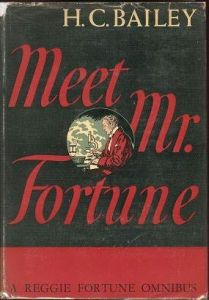 This is a personal list; these are the authors that I like, not the ones I think you should read because they are significant. They appear to be skewed in a few directions by my personal experience; you’ll find a lot of gay mysteries, a lot of Canadian mysteries, and a bunch of my personal friends. Your mileage may vary. As always, your comments and polite disagreements are very welcome.  I’ve done the list of 200 names already and will post them in bunches as I find time.

You’ll find that if you click on the author’s name, it will take you to a list of his/her/their works.