My readers have spoken; I had so many complimentary comments the other day on my attempt to provide very brief comments about some books that, yes, I see your point and I’ll try to do more. Today’s exercise is looking at the books that have been hanging around at the bottom of my iBooks list, languishing until I find the time or impetus to write about them. Time to admit that’s just not going to happen and at least point my readers towards or away from them briefly.

I should mention here that my standards for acquiring an E-book are much, much lower than actually picking up a physical book. E-books are so relatively inexpensive that I frequently think, “Oh, for $1.99 [or whatever] I’ll give that a try and see what I think.” I mentioned yesterday that I am very reluctant to set aside a book after I’ve started reading it, but that happens much more frequently with respect to e-books. 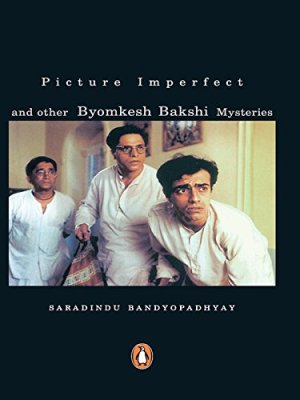 Saradindu Bandyo-padhyay, Picture Imperfect: and other Byomkesh Bakshi Mysteries (1999 as such; different stories have dates ranging from 1932 to 1952, most from the 1930s). This is a collection of short stories translated from Bengali about the “inquisitor” Byomkesh Bakshi and his assistant/associate Ajit. To me it was clear this is the Bengali take on Sherlock Holmes; everyone else has had a whack at using Sherlock to their own ends, why not make him Bengali? Originally I picked this volume up in an attempt to broaden my cultural horizons, as it were. I found the book interesting because it is clearly immersed in a cultural tradition about which I know little or nothing; many similarities, many differences. Could I solve a mystery from a different cultural tradition? Well, I must say, these are very difficult mysteries, at the “locked-room/impossible crime” level in every case, and I was not enormously successful at figuring out what was going on. (I did solve the story called “The Venom of the Tarantula” and a few others.) Ultimately I didn’t find the collection as fascinating as I had hoped, mostly because the author seems to be constantly flirting with the correlation between Holmes and Bakshi and that joke quickly got tired. Perhaps it’s just that the short-story format means that the stories are told in the same way as Doyle told Holmes stories and that evokes the resemblance. But it might be that the author is, reasonably enough, not writing for a Western audience. Anyway, you may enjoy these; I found them diverting but not a taste I would sustain. I’ve found the Feluda series by Satyajit Ray to be deeper and richer stories in the same vein. 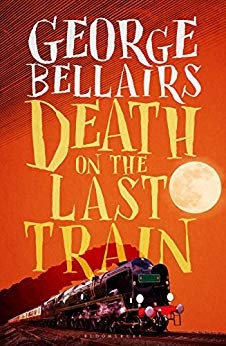 George Bellairs novels. I’ve been reading a lot of these lately since they’ve become available electronically.  Detective-Inspector Littlejohn is a pleasant British policeman who works well with his associate, Detective-Sergeant Cromwell, and the stories are innocuous and, if I may say so, not very exciting. I read them last winter thinking that I might get a blog piece out of reading a few dozen and talking about Bellairs as a writer, but stylistically he just doesn’t seem to have much of an authorial voice. I did manage to find Calamity at Harwood (1945) sufficiently interesting, if flawed, to burble on about it here, but the remainder of his books have lain fallow until now. It’s interesting for me to note that this was only seven months ago; ordinarily I can retain the details of plots and characters for much, much longer than that. But today I’m looking at these volumes and remember little about them and that is not common for me. I think I must take that as evidence that they’re not very gripping. The following volumes I’ll admit defeated me and delete them from my e-reader: 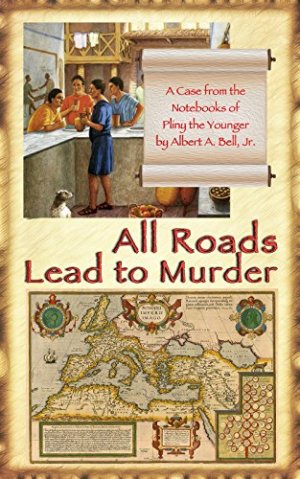 Albert A. Bell, Jr. has written five historical mysteries about Pliny the Younger between 2002 and 2014; I enjoyed the first four quite a bit. All Roads Lead To Murder (2002) might have been a one-off but apparently he was sufficiently motivated to continue with The Blood of Caesar (2008), The Corpus Conundrum (2011), Death in the Ashes (2013) and a volume I have yet to see, The Eyes of Aurora (2014). I rather like mysteries set in ancient times but the authors have to live up to the responsibility to do their research; I understand Bell is a professor of such things and it does show through, but not in an onerous way. If you’ve run out of Steven Saylor, Bell offers a decent alternative.

Stuart Turton‘s The Seven Deaths of Evelyn Hardcastle (2018). I can do no better than quote the author’s elevator pitch for the book. “It’s an Agatha Christie-style murder mystery, but set in a Groundhog Day loop, with a bit of Quantum Leap body-swapping thrown in.  Our hero Aiden wakes up every day in the body of a different house guest … but it’s the same day, so he sees the same event from very different perspectives.” So, yeah. Metatextual, intertextual, post-modern, all that good stuff that I like so much. And honestly, this should have been a book that I was waving over my head, saying “THIS is the kind of thing I want to read.” I very, very much wanted to like this book and instead found it overwhelmingly annoying. It’s arch and self-mocking and yet trying very hard to thrill and divert the reader; just too much cleverness going on all at once. Like someone doing card trick after card trick after card trick at your table in a restaurant; I wanted a little breathing time to consider what I was experiencing and also to taste my dinner before it got cold. It occurred to me more than once during my reading of this volume that it would have made a superb video game, and I truly hope someone brings this to the public. That way you could keep trying to get through a character’s experience until you succeeded, and then set the game aside until you were ready to tackle the next chapter. I may re-read this, now that I know what’s going on with it, but not for quite a while. 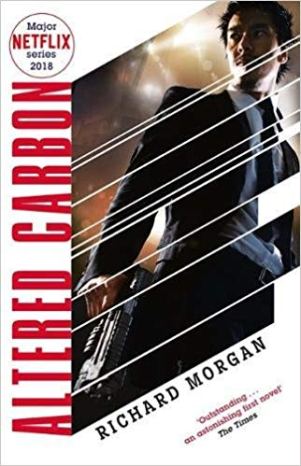 Richard K. Morgan, Altered Carbon (2002). Essentially this is the perfect marriage of cyberpunk and the hard-boiled detective story. Takeshi Kovacs, mercenary soldier, is hired by an extremely wealthy man, Laurens Bancroft, to find out who killed his previous body. Meanwhile, Kovacs himself has been “sleeved” in the temporarily available body of the boyfriend of the cop on the case, Lieut. Kristin Ortega. Bancroft’s wife Miriam looks 22 and is over 300, and doesn’t necessarily want her husband to find out what happened. Kovacs’s only ally turns out to be the lonely and bored AI embodied in his hotel, whose theme is classical musician Jimi Hendrix. I was very impressed with what I’ve seen of a recent eponymous television programme from Netflix — there are interesting differences between the original text and the TV production. But the Kovacs trilogy, as it was originally written (Altered Carbon, Broken Angels from 2003 and Woken Furies from 2005) is full of interesting writing, lots of careful thought and plot structure, strikingly original ideas, and a solid understanding of what makes a noir plot noir. I’ve also recently enjoyed two of his standalone novels, Market Forces (2004) and Black Man (2007), also published as Th1rte3n, which is horribly prescient about a possible future path for the United States.