It’s been a little bit more than a year since I got my first PVR, and in my usual way I’ve managed to fill more than half of it up with stuff that I’m absolutely sure I’m going to review “real soon now”. Unfortunately the backlog is such that I think I’m going to merely do one big recommendation, just in case you find some of these items passing by in your television feed and a brief recommendation will tip the balance, or perhaps get you to add a title to your Netflix list (I don’t have Netflix; I have boxes of DVDs LOL).

I should mention that these films have all been on Turner Classic Movies since March 2013. If you don’t get TCM and you like old mysteries, this might be a good investment for you; TCM is not reluctant about re-running movies once every year or so. I liked all these films enough to hold onto them in the hopes of reviewing them someday; I will suggest that any of them will fill an idle hour, although your mileage may vary. I’m one of those people who enjoys bad movies but I understand that that taste is not universally shared.

Here’s what about 40% of my DVR’s storage capacity looks like:

Are any of these cherished films for you — or are any of them over-rated? Your comments are welcome. 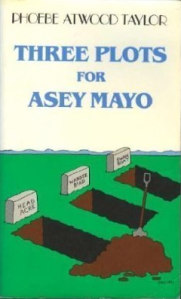 Phoebe Atwood Taylor, whose Wikipedia entry is found here. Mrs. Taylor wrote a series of 24 books from 1931 to 1951 about “Codfish Sherlock” Asey (Asa) Mayo, an old-timey Cape Codder who solved mysteries against the homespun background of his home location. The books usually contain humour, car chases, wickedly insightful material on personality, and the plots move at an extremely high speed.

Taylor also wrote a series of 8 mysteries about Leonidas Witherall, “The Man who Looked Like Shakespeare”, as by “Alice Tilton”, between 1937 and 1947; these are more outright farce. The Witherall character became the main character in a radio show in 1944, The Adventures of Leonidas Witherall.

This 1933 volume qualifies as a Golden Age mystery; fourth under “E”, “Read a short story collection.” This may be considered a bit of a cheat, since these are technically novelettes; your mileage may vary. See the end of this post for my current progress.

The three stories here seem to have been published before 1942 (one copyright date at least is 1939) and assembled for publication in 1942. I am unable to confirm this information, but it was a common practice in 1942 for authors to sell shorter works featuring their series characters to various magazines and then assemble the stories for publication in book form. 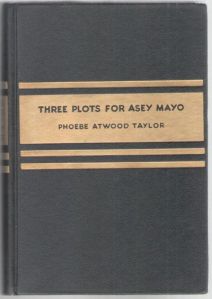 Standard spoiler warning: What you are about to read is likely to discuss in explicit terms the solution to a murder mystery. Please read no further if you wish to preserve your ignorance of its details. You will also probably find here discussions of the content of other murder mysteries, perhaps by other authors, and a similar warning should apply.

Three stories make up this volume, each about 100 pages long, and I’ll deal with each in order. Incidentally, it seems likely from internal evidence that each story had a different title upon original magazine publication.

“The Headacre Plot” concerns Colonel Tiberius “Ty” Head, whose estate, “Headacre”, contains his collection of wooden sculptures like merry-go-round horses, cigar store Indians, and other such folk art. The Colonel’s niece Lora and her husband David Arlington are on the scene, as are the Colonel’s brother Jules (not Lora’s father) and Jules’s daughter Penny, and the treasurer of the Head Company, Charles Sewall. David and Lora have been personae non grata at Headacre but they have visited at the Colonel’s request. When asked to find the missing Lora, Asey Mayo immediately discovers the body of the Colonel, shot through the forehead, lying near some of his wooden statutes, and begins to investigate. He soon discovers the presence of Fritz von Harburg, Penny’s principal beau, and an exciting chase ensues; then Jules is found dead, shot in approximately the same location. But it seems as though everyone concerned has an alibi.

Asey investigates and sets a trap for the killer — or, rather, he apparently agrees to spring the same death trap that has already accounted for the brothers Ty and Jules. I’ll omit a discussion of the trap itself, and who rigged it, in case you want to read this charming volume; however, I do recall that upon first reading this story the central clue stood out for me like a sore thumb. Someone says something that couldn’t be true, and Asey and I came to the same conclusion at about the same time.

“The Wander Bird Plot” has to do with a young woman, Cordelia Alcott, and her uncle Wilbur. They win a “Wander Bird” house trailer in a contest put on by the Tootsy-Wheetsy cereal company and go on vacation — coincidentally to the area where Nora Latimer lives, and she owns Tootsy-Wheetsy and a dozen other companies. Also present is Nora’s friend Lizzie Chatfield, whose curiosity (and the lengths that she’ll go to assuage it) are legendary; and Nora Latimer is paying for the hotel bills and lifestyle of a handsome young painter, Jere Warren, who has had a past tumultuous romantic relationship with no one other than Cordelia.

When a man going by the name “John Smith” is found murdered in a Wander Bird trailer — there are a couple of identical ones around to complicate the story — Asey takes a hand.  The story moves quickly and is very complex, but in exactly the same way as the first story, the murderer says something casually in explanation and then proceeds to demonstrate physically that the explanation cannot be true. In this story, however, the clueing is more precise and this really is a fair-play story; an action is described to us that makes a nonsense of the explanation, but you have to have a little common background knowledge and put two and two together to identify the lie and thus the murderer.

The final story is “The Swan Boat Plot” and this one, unusually, takes place in the city of Boston rather than Asey’s Cape Cod home. Asey is meeting his cousin Jennie Mayo in the Public Garden and discovers the body of photographer Rudi Brandt close to a public facility that he’s been using to take pictures — a swan boat that can be rented by the public. The salty and homespun Jenny (I always have a mental image of her as being played by Marjorie Main) takes a major hand in the investigation and the pair run the investigation back to the family and romantic interests of model Liss Lathrop. Barring the fast-moving action and the active participation of Jennie Mayo, there is little here to interest the reader and the average reader will be neither surprised by nor interested in the identity of the murderer.

Jennie Mayo is a fairly constant presence in the Asey Mayo series; it’s frequently Jennie whose public-spirited activities set the actions of the plot in motion. She is plain-spoken, dumpy and fairly clearly of the lower social classes; her husband Syl is a sort of handyman and quohaugger (what other areas might call an oysterman). In the stories, she’s very useful as an expositive character; Jennie always fills Asey in on the doings of their neighbours when he returns “from away”. Although Jennie is a fairly constant presence in the series, this story is really the only time that I can recall where Jennie takes an active hand in detection. Most frequently she does something idiosyncratically that impedes the investigation and Asey is forced to manoeuvre around her.

At the end of the first two stories, Asey makes note of the idea that the “story” of these events will naturally have a punning title that refers to it.  I can’t tell you the one associated with “The Headacre Plot” because it might reveal the answer to you, but the “Wander Bird” story would be referred to as “Trailer” — “trail her”, as in cherchez la femme.  I have no idea where these stories were originally published, if at all, but my sense is that the mention of these potential story titles was reflected in their original titles. Taylor did like to pun with her titles, most notably with The Tinkling Symbol and The Perennial Boarder.

There is not much of interest here, barring the fact that there seem to be only six extant Asey Mayo short stories and so this will comprise half your opportunity to read a shorter Asey Mayo story. Taylor’s talents seem much better suited to the novel form; she has the knack for keeping a plot moving at blistering speed and concealing her central clues under an avalanche of information and fast-moving events. You literally have no time in her novels to think about what’s happened before the next urgency is moving into view. In the shorter form, though, the stories are (two out of three) based on a central “trick” and you are given one opportunity to spot the vital clue; if you identify the trick, you identify the murderer. I always associate this style of story with Ellery Queen, who wrote dozens of them (if you can figure out the “dying clue”, for instance, you’ve solved the mystery instantly).

I’d say that this would be of interest to Asey Mayo completists and people interested in the historical American context; the “Swan Boat Plot” and “Headacre Plot”, for instance, both contain references to the wartime concept of the Fifth Column and it’s important as a potential motive for murder. And I must add that any Asey Mayo volume has a good deal of charm and intelligence and wit; Phoebe Atwood Taylor is always worth your time even at her least inspired.

I wrote this post using the 1991 paperback from Foul Play Press that is seen at the top of this post. Further down we see the U.S. first edition’s jacket in facsimile. You can get a Very Good plus copy from Abebooks for US$325 (the listing agrees with my suspicion that these stories were originally published in magazines, but gives no authority); there are also a couple of what seem to be better copies at around the US $100 mark and I suggest that this is a more reasonable price. There are a couple of cheaper reprint editions available and you can get a paperback for as little as $3. I think there are — or should be — people who are collecting the output of Foul Play Press and if you are only wanting a paperback, then I recommend the 1991 edition shown at the top of the post.  FPP did a uniform paperback edition of every single Taylor (except the scarce Murder at the World’s Fair, a non-series novel as by “Freeman Dana”) and used the same simple illustration style that I have found grows on one. 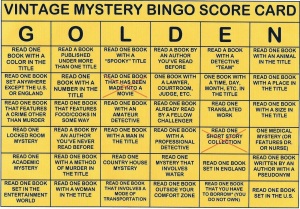